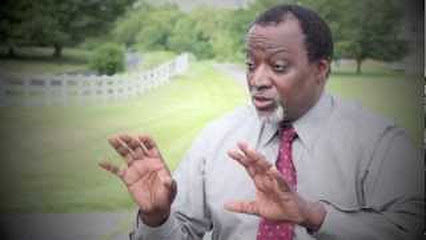 If you would like to take a semester course on federal and state constitutional powers simply by reading a short essay, get something to drink and set aside 15 minutes and read my good friend Alan Keyes' brilliant summation below. It is in response to a question of whether or not Article 6 of US Constitution could be used in favor of Kim Davis.

The power to make laws respecting a religious establishment, including a religious test for office, is reserved by the 10th Amendment “to the States, respectively, or to the people.  Therefore, Article 6 does not apply to them, or to the offices they establish, absurd jurisprudence misconstruing the 14th Amendment notwithstanding.

The 14th amendment cannot be construed to extend the 1st amendment’s establishment clause to the States, since doing so gives rise to a logical absurdity.  The 14th Amendment’s language requires that States refrain from executing laws that abridge the privileges and immunities of citizens of the United States.  But on account of the 10th Amendment’s reservation of powers clause the power to make laws respecting an establishment of religion is reserved to the States, respectively, or the people. It is therefore included among the privileges and immunities of U.S. citizens that the States are required by the 14th amendment to refrain from infringing.  Construing the 14th Amendment in a way that applies the 1st Amendment’s establishment clause to the States leads to a result that requires the States, at one and the same time, to do and refrain from doing the same thing, since a State’s refusal to enforce legislation on the subject of religious establishment would abridge the power the 10th Amendment makes it the privilege of the States, respectively or the people to exercise.

The real question therefore, is not a 6th Amendment issue.  The real question is, how does Kim Davis come under the jurisdiction of a Federal judge, an officer of the United States government, when the Constitution prohibits Congress from making any law respecting (i.e., on the subject of) an establishment of religion.  If Congress can make no law on the subject, and that is all the Constitution says about it, what lawful basis is there for the U.S. Judiciary’s involvement?

But no rationally valid argument can be made for the proposition that homosexual marriage is a God-endowed unalienable right.  Such rights are the consequence of the “laws of Nature and of Nature’s God”. Homosexual behavior has no basis in natural law.  Advocates of normalization have tried to develop scientific evidence that homosexuality has a genetic basis. They have consistently failed.

Even if they had succeeded, however, the mere fact that human beings have the natural impulse to engage in an act, sexual or otherwise, doesn’t make it right.  Unlike skin color, human passions, however natural, are susceptible to self-conscious control in light of human conscience.  On account of that capacity, people driven by passion to rape or even murder others cannot simply claim that sexual lust or anger, both of which have a genetic basis, absolve them of culpability.  They have to demonstrate that their capacity for self-conscious self-control was materially impaired.  But the notion that homosexuality is the result of material impairment is precisely what its advocates have rejected, in recent years, as bigotry.

So they are reduced to arguing that it is a matter of love.  But love does not, in and of itself, give any particular act of love the status of unalienable right.  That status requires a basis in “the laws of Nature and of Nature’s God”, as made clear by the Creator’s endowment of human nature.  But which of the Creator’s commands, encoded in human nature, requires homosexual relations for the natural good of humanity?  Heterosexual procreation satisfies this requirement, which is why human law is obliged to respect the institutions based upon it.  In what way do homosexual relations satisfy it?

Unless they can provide an answer to this question no human officials can pretend that homosexual relations are an exercise of unalienable right. Any assertion of right in their regard is a specious fabrication. The individuals responsible for it are abusing their power as government officials. They are denying and disparaging the unalienable right that is the basis for the natural family.  This they do by equating that right with an exercise of freedom that can claim no sanction in the “laws of Nature and of Nature’s God”, insofar as those laws define and govern human nature. But this denial and disparagement of antecedent right IS prohibited by the Constitution’s 9th Amendment. It is an injustice that rejects the moral basis for government deriving its just powers form the consent of the governed.  In effect it abandons the premise of constitutional government in the United States.

We must reject the forceful imposition of homosexual marriage as an abuse of government power that violates the Constitution’s 9th amendment.  We must reject it because it abandons the true understanding of unalienable right that is the basis for the Constitutional self-government of the people of the United States.  For the life of me, I cannot understand why these simple and plainly reasonable conclusions, firmly rooted in the history and practice of the people of the United States, and critical to every fight for equal justice in our history, are being unaccountably resisted by the very people who claim to oppose the abuse of government power to enforce the normalization of homosexuality.  In terms of unalienable right this abuse of government power is an injustice more palpable and egregious than the imposition of taxation without representation that led America’s founding generation to rebel against British rule.

Are the principles of the Declaration of Independence now so universally despised and rejected?  Are the people who profess to hold to those principles now so thoroughly brainwashed by the lie that drives God from His position of authority over human justice (the falsely argued doctrine of the separation of Church and State)?  Are they so thoroughly devoid of the courage of America’s founding generation, rooted in Christian faith, that they fear to stand on the ground of God-endowed unalienable right? Is their fear of the travail of defending it at the risk or cost of their lives and fortunes, greater than their trust in the Supreme Judge of the World?  Are they so devoid of faith and trust in the righteous power of their Creator, and the Word through which He exerts that power, which is Jesus Christ?  What other reason is there to avoid taking a clear stand on the high ground of moral principles authorized by God, reason and the Constitution.  Those principles justify Kim Davis’s actions. Those principles demand, that every true American share her determination to refuse the tyrannical commands of government officials who have now egregiously abandoned their duty to preserve the constitutional republic founded upon them.